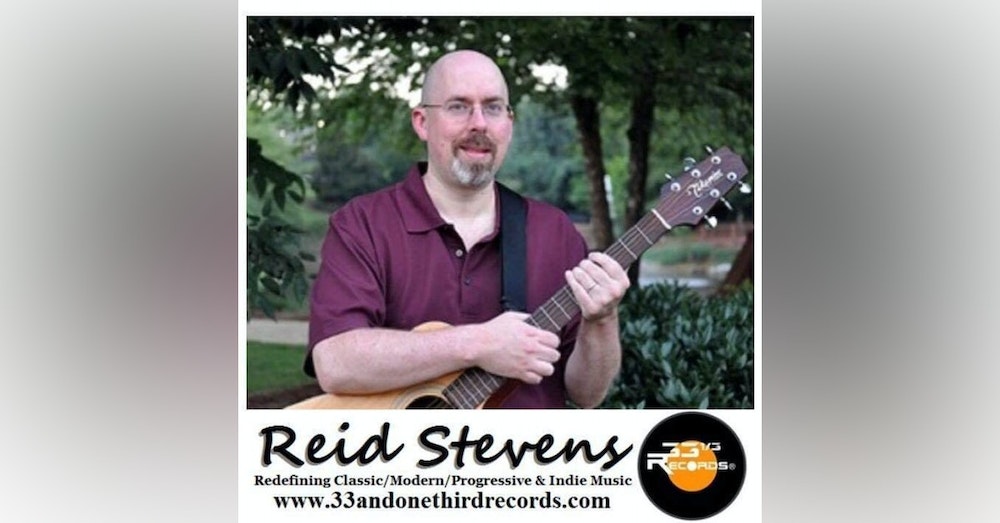 ​Reid Stevens is an American record producer, singer-songwriter & multi-instrumentalist, based out of Atlanta, GA. With degrees in Media Arts and Business from the University of South Carolina, Stevens founded the music production & promotion label, 33 1/3 Records, in 1999, to serve as a platform for releasing his work as a producer and songwriter. Since its inception, 33 1/3 Records has evolved into an agency that not only produces music, but also operates as a platform for exposure for artists and bands. ​Stevens recently produced Step Inside for 33 1/3 Records as well as singles, EPs, compilations & albums for artists & bands. Stevens has also been featured in the "At Home for Christmas" series, a global charity relief project assisting St. Jude's and Project Half Way based out of Myrtle Beach, SC featuring top national acts and recording artists for iTunes, Amazon, CD Baby, wrote a jingle for an iPhone/Android app, had original songs "Dream" chosen as Dave FM's new music seminar, "Welcome To The Universe" chosen for UPN/WB television series & created music for AllTwang TV Music Web Series, performed original Songs, "Sunrise" & "Going Back To Old Days" for Comcast Artist On Demand Music Series, participated in CBS Competition series "Rockstar" (INXS & Supernova) judged by creators/ producers of hit television series Survivor and has performed alongside #1 multi-hit songwriters. Stevens is a recurring guest speaker in the Music Industry, a regular contributor for Sirius XM, multi Instrumentalist / instructor, vocal coach and has produced audition recordings that have granted students acceptance to top music college programs & assisted in the development of multiple music students landing them roles in television series for ABC, Disney and national commercials.  Stevens' client list includes AT&T, AOL, CBS, Time Warner / Turner, The Weather Channel, Chick-fil-A, All Twang TV, WB, NBC, ABC, Disney, Good Dog Shoppe, 2nd & Charles, Royal Caribbean, Carnival Cruise, Hard Rock Café, House of Blues, Comcast and Verizon.  Intro by Carl David Frazzano --- Send in a voice message: https://anchor.fm/thegeorgiasongbirds/message Support this podcast: https://anchor.fm/thegeorgiasongbirds/support